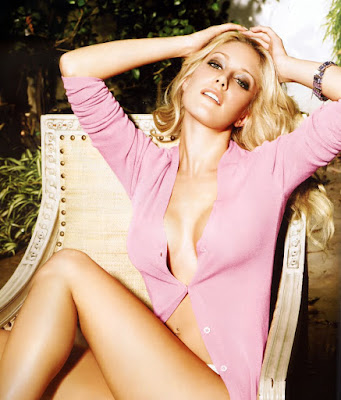 And here comes the second part of the megapost featuring sexy Heidi Montag - who is not just another pretty face with nice titties - NO! - she has got a very nice butt too. Anyway, During freshman orientation, Heidi Montag met Lauren Conrad, who at the time was a featured cast member on the MTV reality series Laguna Beach: The Real Orange County. After the two transferred to Fashion Institute of Design & Merchandising in Los Angeles, Conrad received her own spin-off series The Hills, which premiered on May 31, 2006. Montag eventually left the Fashion Institute in fall of 2005 when she was hired at Bolthouse Productions. According to Montag, she dropped out because she "did not find the school challenging." Yeah, sure.

Montag went on to star in all six seasons of The Hills, but last appeared on the series on the final season's fourth episode after her husband and fellow cast member, Spencer Pratt, had threatened to kill a series producer. He was due to return to the series after completing anger management training, although his behavior worsened which led to their being completely removed from the cast. Montag had also filed charges against The Hills creator Adam Divello, claiming sexual harassment. Yeah, sure.