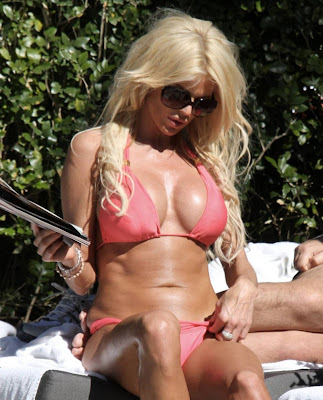 Victoria looks so hot in these pics with her curvy mature figure in bikini. 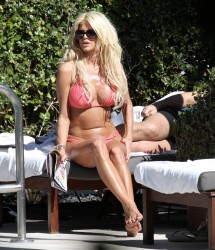 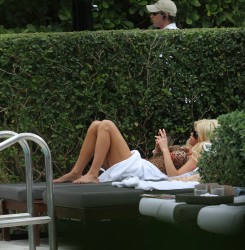 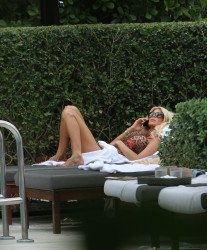 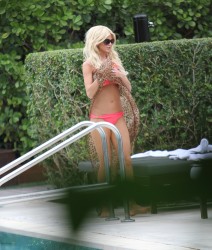 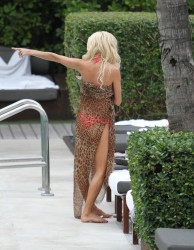 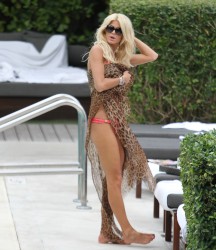 A short biography for those who are not too familiar with this sexy blonde:

Born in Skelleftehamn,Victoria was raised in a family of five in Bollnäs, having one older sister and one younger brother. Her father was the captain of a local ski team,[8] and she started alpine skiing at the age of five. In 1989, Silvstedt placed fourth at a youth championship in the giant slalom won by Pernilla Wiberg. A few years later, Silvstedt was invited to participate in the Miss Sweden beauty pageant, after her mother and sister had sent some pictures of her to the pageant officials. In her book, Silvstedt talks about her childhood, upbringing, training to become a professional alpine skier, and a serious accident that changed her plans for the future. She reminisces her start in the world of modeling after becoming a finalist in the Miss World beauty pageant in South Africa, arriving alone in Paris, without money, trying to make a name for herself. She tells how she made her way to Los Angeles to work with Playboy, eventually becoming the magazine's Playmate of the Year (those pics made the whole world aware of Victoria's lovely boobs), before landing even more lucrative modelling job with Guess?. Then, Victoria Silvested found herself working as an actress in Hollywood television series and movies as well as in various European countries, especially in Italy. She also made a career out of television presenting worldwide, and has released an album and several singles during the years.
Posted by v32 at 2:33 AM