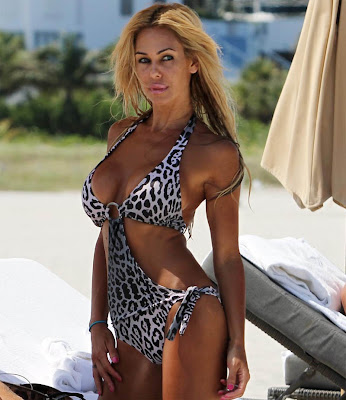 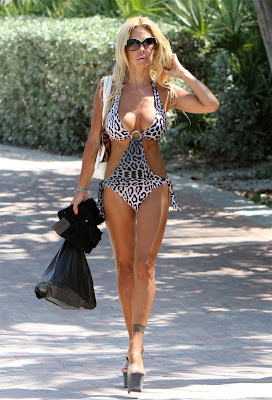 A few months after both were arrested for domestic violence and appeared on their way to splitting up, former Playboy Playmate Shauna and toyboy-husband Laurent Homburger aren’t shy about showing that their passion is at least back in place.
The duo were photographed smooching on Miami Beach, playing together in the waves and basically being a happy couple.